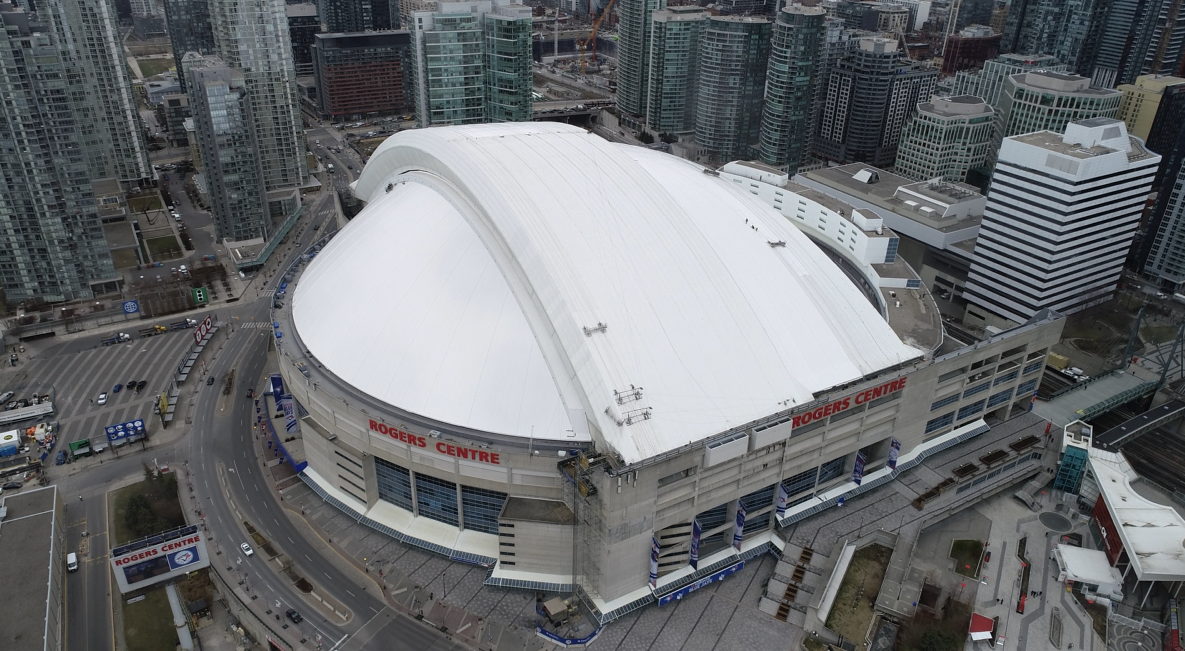 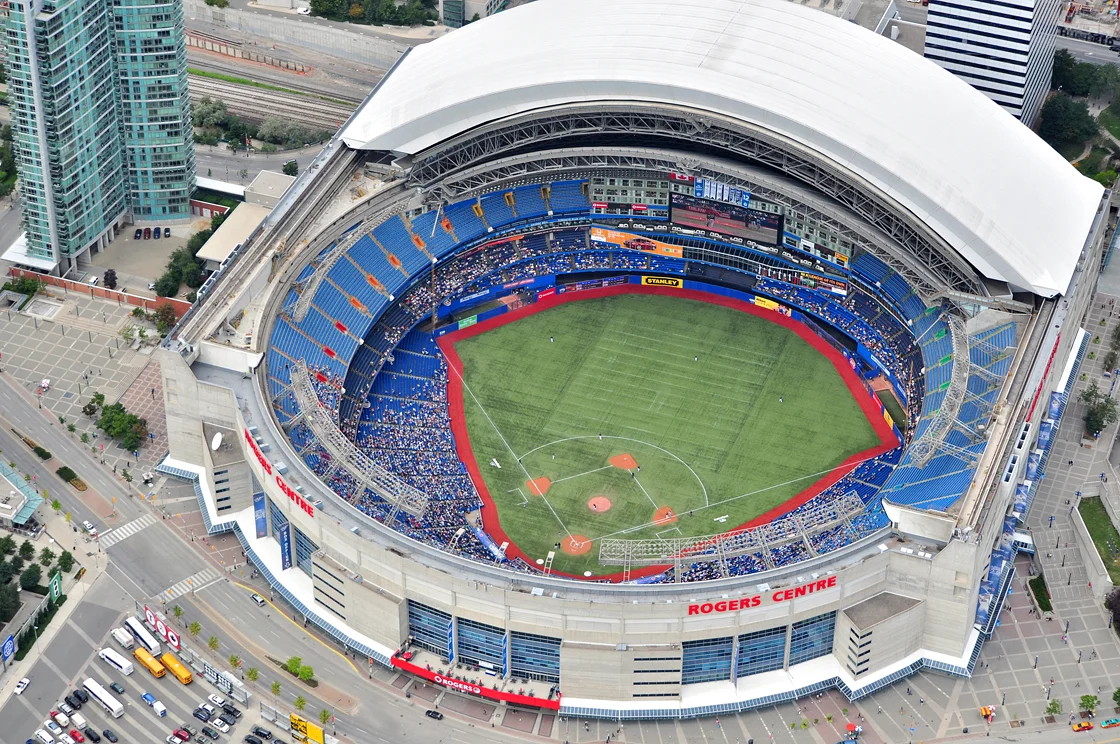 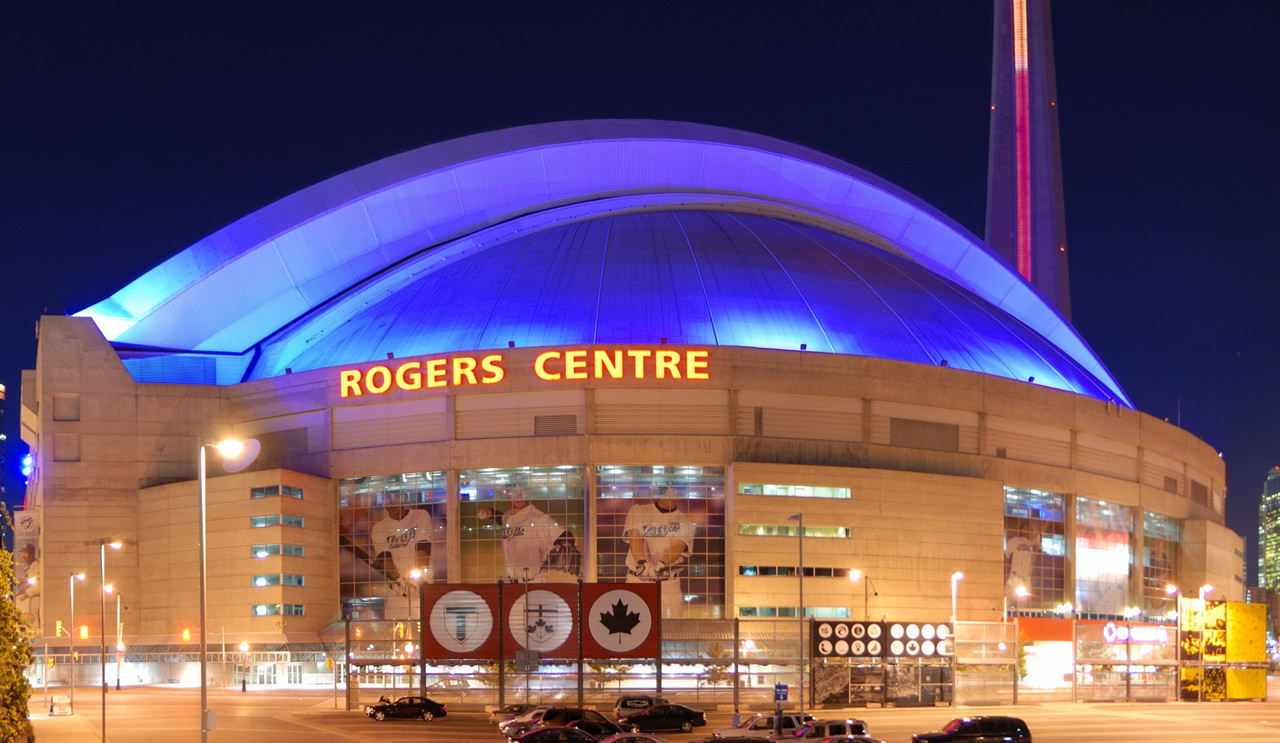 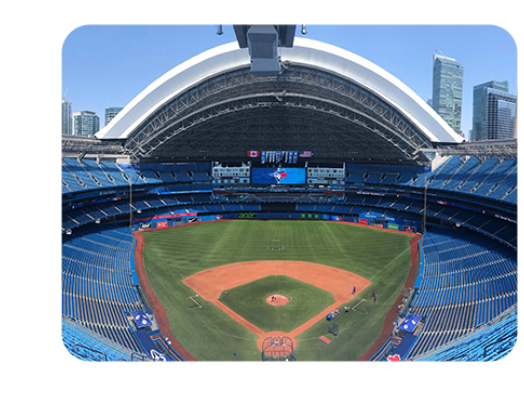 The last game held at the Rogers Centre before the global health crisis was on the 29th of September, 2019. This was the last game the Blue Jays played on their home turf before the world went into a state of panic and all sporting activities were halted for months.

After nearly two whole years, the Jays received permission from the federal government to resume playing on their home turf and Rogers Centre was set to open up for sports fans on July 30th, 2020.

Among mandatory mask requirements and physical distancing, the stadium management wanted to implement cashless transactions across the stadium to minimize physical contact. The problem was that not everybody has plastic money and many individuals still carry around physical currency. 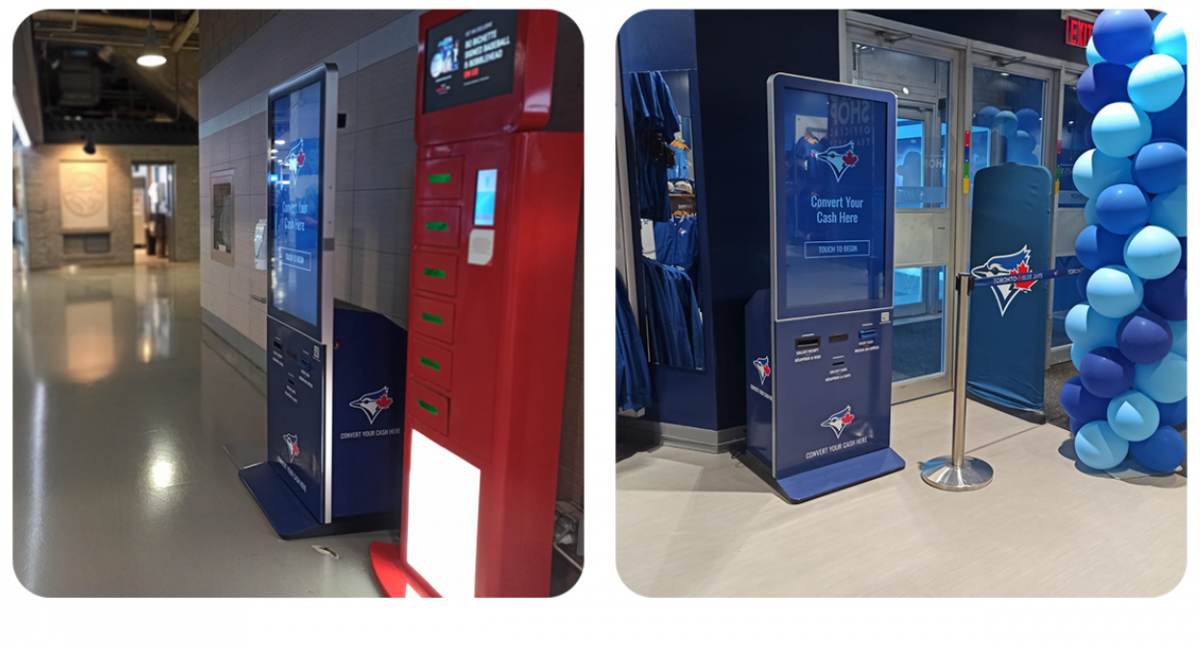 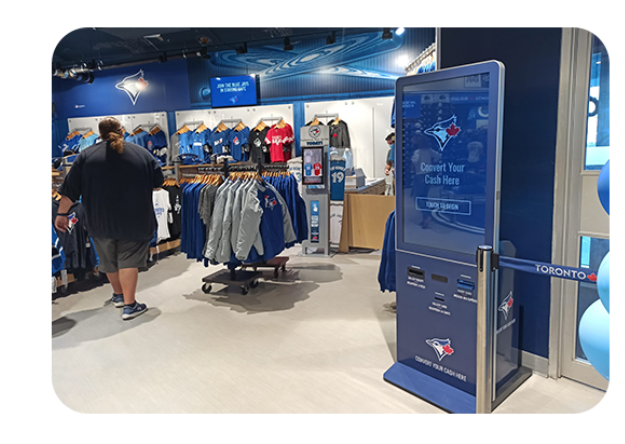 To facilitate the growing demand for cashless venues, the stadium installed Azimut’s Reverse ATMs throughout the premises scattered evenly to accommodate fans all over.

Reverse ATMs allow users to instantly convert their physical currency notes into an active prepaid VISA or Mastercard to enable them to make cashless transactions for amenities like team merchandise, snacks, and tickets.

Azimut provides a complete hardware and software solution to help venues eliminate the use of cash without alienating cash customers. Reverse ATMs are freestanding kiosks with a large touchscreen that is as easy to navigate as a smartphone or tablet and the process from cash to card takes as little as sixty seconds.

The first screen shown to the user explains what the machine does and how easy it is to get started.

The next screen shows the terms and conditions, as well as some details.

After the user accepts the terms, they are prompted to enter their desired amount of cash in Canadian currency bills. This is the amount of credit that will be available for them to spend on the dispensed card.

It also displays a prompt telling the customer to collect their receipt when they’re done as it has their unique PIN code which enables the full functionality of their card.

Then the kiosk dispenses an active VISA card that can be used right away at any merchant that accepts VISA.

Finally, the kiosk dispenses a receipt with the details of the transaction and a unique PIN code, which the customer will have to use the first time to activate the card’s tap to pay function and for transactions over a certain amount. 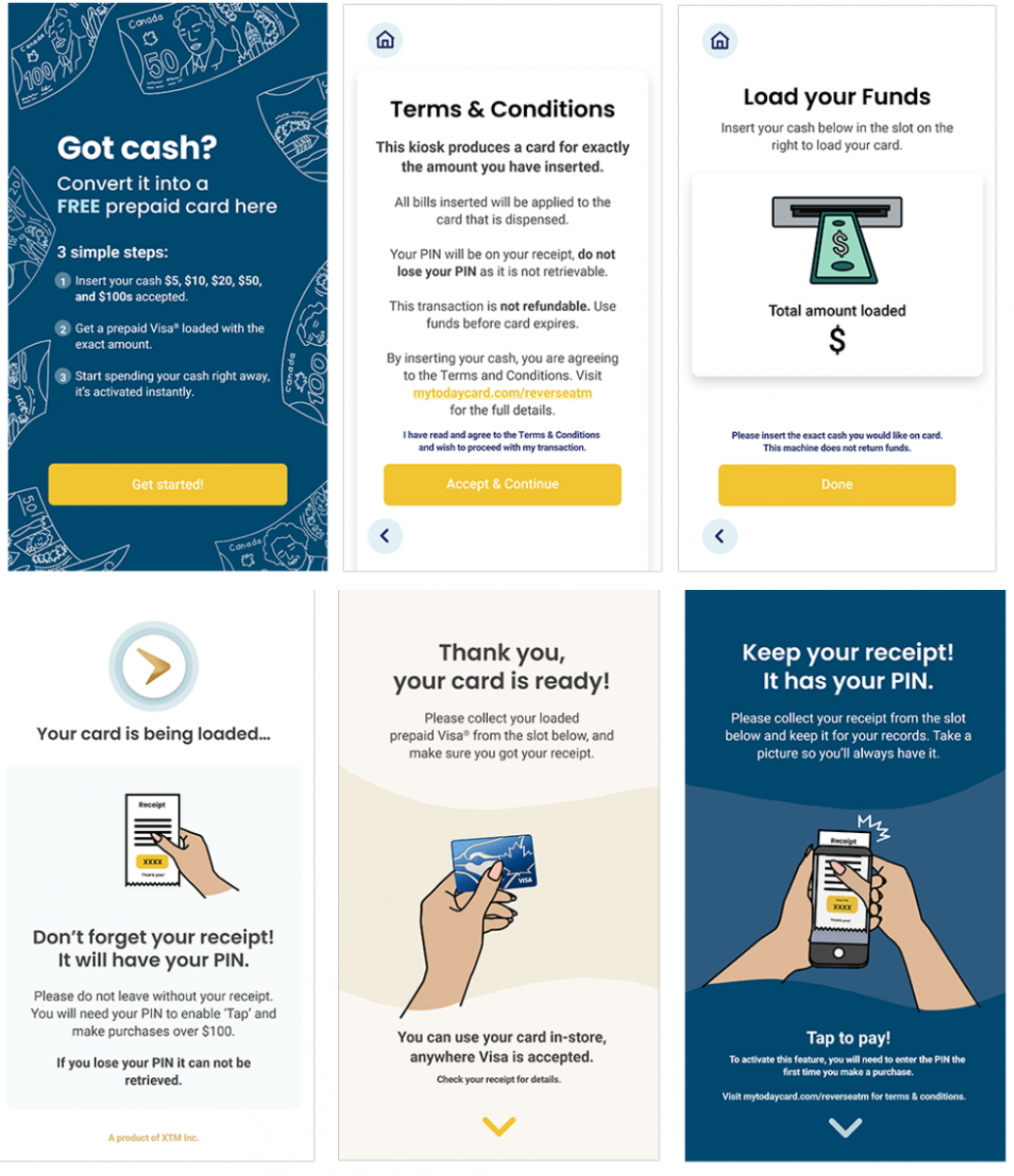 Rogers Centre is a retractable roof stadium located in Downtown Toronto, in the state of Ontario, Canada. It is in a prime location right by the CN Tower and Lake Ontario. Rogers Centre is a very popular venue for MLB, CFL, and NBA games having hosted some serious teams like the Toronto Raptors and Toronto Argonauts. Right now, this stadium is home to the Toronto Blue Jays, a professional MLB team, 4th in their division.

This stadium was inaugurated in 1989, costing over half a billion dollars in construction with the capacity to house over 50,000 sports fans at one time.

Since its inception, Rogers Center has been home to the Toronto Blue Jays where other teams have come and gone. This stadium has hosted many high-profile footballs, basketball, and above all, baseball games.