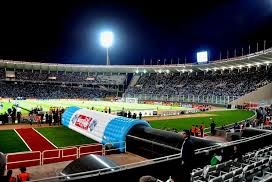 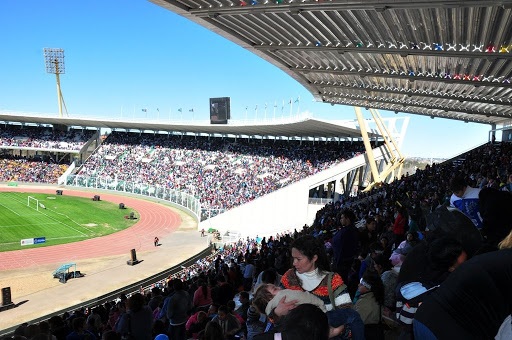 that helped them meet the Display Standards set by FIFA

In 2011, Cordoba Stadium required remodeling in order to hold the 2011 Copa America which took part in Argentina. It needed to abide by the latest recommendations from FIFA concerning modern football stadium design.

The objective of the project was to upgrade the stadium that had not been upgraded since its inception in 1978. Due to that reason, it became a victim to many complains coming in claiming poor visibility from the stands as to what’s going on in the stadium. The complaints were increasing in numbers and the image of Cordoba Stadium was at stake.

People come to watch the match and to them visibility is the most important factor. Stadiums across the world have realized the need for digital display solutions to show their fans the details that naked eye would miss out on. While the world moved forward, Cordoba also kept up the pace and decided to stand neck to neck with the world’s biggest sporting arenas.

Its aim was to be able to take part in the Copa America and for that it needed to have all the requirements that were recommended by FIFA.

In order to be able to host the upcoming Copa America, the stadium needed to be redesigned into a modern arena of sports. As part of the remodel project, Cordoba Stadium had to increase the seating capacity to 58,000 spectators (becoming the second largest stadium in Argentina), install a roof over the grandstands, tilting and moving some grandstands closer to the field to improve visibility, installing new light system to support High Definition TV broadcasting and installation of two 50 square meter Fullcolor LED display over the roof.

Everything was being taken care of and massive restructuring of the stadium was being done and all Cordoba Stadium lacked now was the two LED Display Screens.

Cordoba Stadium wanted to give its visitors the adrenaline rush that they crave for, a match day experience to remember and a display which would eliminate the complaints of their visibility being poor! To achieve all that, one solution was enough and that was an LED Display Solution. However they needed it to be spot on with quality, reliability and creativity. Due to the weather conditions it was also a must that the screens should be protected properly to bare the outdoor conditions like harsh weather, heat, dust, and etc.

Why was Wavetec’s Solution Required

Reliability is a major concern for Cordoba; because if for some reasons the screens stop working during the match it would result in a lot of unhappy fans and that is something that Cordoba was not willing to accept.

At Wavetec; first and foremost priority is always given to the quality of products. Over time Wavetec has proved the reliability of their displays by becoming the Global Leaders in providing Financial Displays to Stock Exchanges and brokerage houses where not even a second’s malfunction is acceptable. Then, Wavetec’s outdoor installations in the Middle East prove that its screens can function in all weather conditions.

Given the reliability, protection and creativity that has been portrayed a number of times by Wavetec; it was handed over with the responsibility of helping Cordoba to make a statement and turning their stadium into a modern sporting facility.

How Wavetec solved the problem

After accessing the requirements, Wavetec’s display consultants suggested Cordoba to put up two 50 square meter LED Display screens. The digital consultants found two perfect spots which would provide visibility to each and every seat of the stadium, eliminating the visibility issue that it previously faced. These screens would help Cordoba to enhance the experience of its visitors and portray itself as a modern state-of-the-art sports arena.

Another thing that Wavetec specifically paid attention to was the protection of the screens. Usually the problem that sports facilities face with LED Displays is that since the screens are tilted there is more chance of water hitting it from the bottom where the screens are not protected.

However, since Wavetec has IP 65 protection, the issue was taken care of with ease as IP 65 provides protection against all odds.

Cordoba was provided with a state-of-the-art display solution with the highest brightness and the best pitch to match the standards of the matches that are hosted there.

The solution helped Cordoba make a statement and was able to host some of the greatest matches of the Copa America 2011. Since then, Cordoba has kept on growing its reputations and hosted many big matches, events and satisfied its fans with the best match day experience.

Cordoba Stadium which is now known as Mario Alberto Kempes Stadium was built by the Argentine Government with the primary objective of being one of the venues of 1978 World Cup. It was a major project and the stadium exceeded all expectations.

Built in the heart of the city and being a landmark, it hosted many memorable matches and events. The Stadium has also been a host to motor-sports and different musical events.